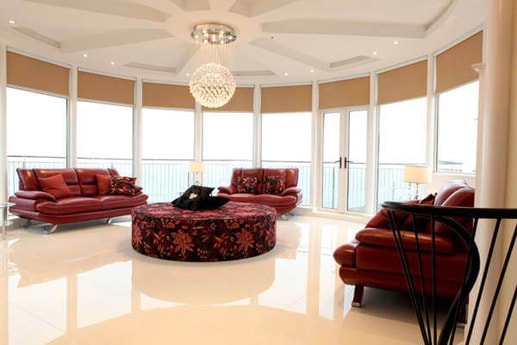 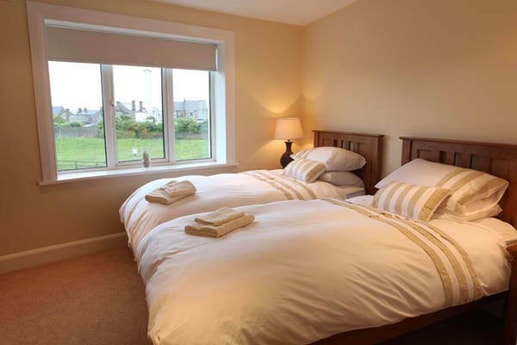 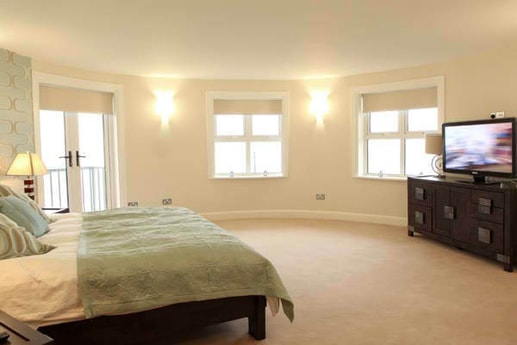 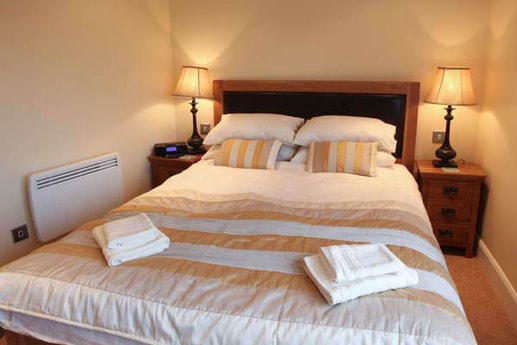 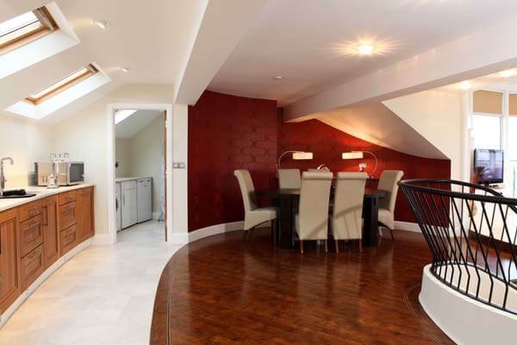 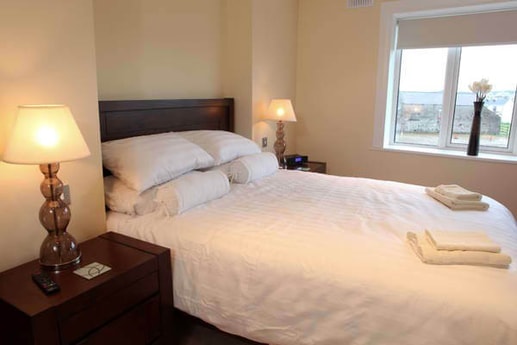 Probably one of the most elegant lighthouses in all of County Sligo, Ireland, this place offers 360-degree views of the Enniscrone Beach and very lavish accommodations.

Most self-catering lighthouse rentals are quite simple, but the Lighthouse Penthouse that can be found at Enniscrone, Co. Sligo in Ireland is most definitely not one of them. It is really a place that exudes luxury and elegance from all its floors and corners. And since it is a few meters away from the beach and is large enough to sleep a minimum of eight people, it is ideal for those who love vacationing beside the water and travelling with friends and family.

Completely remodeled to have an undistracted view of Kilala Bay, the Lighthouse Penthouse definitely exudes elegance from every nook and cranny.

The sitting room on the top floor has floor to ceiling windows and doors and a 360-degree view of the vista all around. It is furnished with designer leather couches, an Italian hand-cut glass globe chandelier, and a 50-inch television. Also, it has a sunny balcony from which to enjoy the fresh sea air.

The kitchen is just as well-designed as the sitting room and is fully-equipped with a double oven, a pop-up extractor fan, a microwave, a refrigerator and a separate freezer, a kettle and a coffee maker, a toaster, a juicer and a wine cooler. In addition to those, there is a dishwasher and a washing machine too.

The four bedrooms in the penthouse are very luxurious, too. The round 360-degree master bedroom has a large king-sized bed, a 42-inch LCD television, an iPod docking station, a walk-in dressing room, and an en-suite bathroom with a working toilet, a power shower and a Jacuzzi.

A little similar to the master bedroom, the second one also has a king-sized bed, an iPod stereo system, a 32-inch LCD television, and an en-suite bathroom with a modern toilet and hot and cold showers.

Meanwhile, the third one has a king-sized bed, a 32-inch wall-mounted television set, an iPod docking system, and a built-in wardrobe.

And lastly, the fourth bedroom has two single beds, a 32-inch television, an iPod stereo system, and an ensuite bathroom with a toilet and power showers much like the masters and the second one.

Sea views Close to the airport

Panoramic views Close to the beach

How to get there

Enniscrone is surrounded by numerous scenic spots like the Sligos Benbulben and Knock Narea, the Ox Mountain Range, Mayos Nephin, and Kilala Bay.

Because of this, it is easy for guests at the Lighthouse Penthouse to enjoy various activities that range from relaxing to breathtaking.

For those who want to go sightseeing, they can visit the Valley of Diamonds or go hiking along the mouth of the Moy River. If they want to take in the local culture, they can make a few stopovers at the nearby villages which dot the area, too.

For those who like sports, there is surfing at the beach and golfing at the Dunes. And there’s no need to worry about not knowing how to, since there are plenty of instructors around who can be hired.

However, if guests would rather just relax and recharge, they can go the therapeutic Seaweed Baths and the renowned Sunset Spa.

Stayed here? Why not write a review?